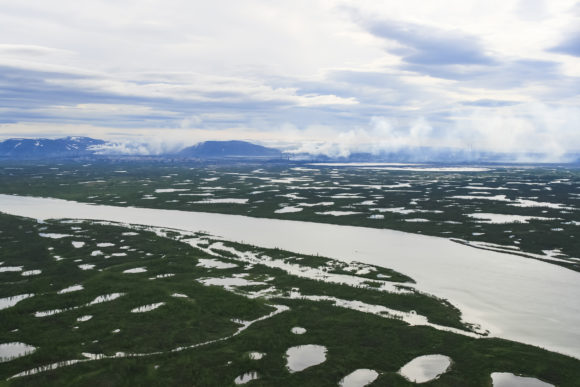 A massive fuel spill in Siberia prompted Russia to declare a state of emergency in the region as the mining company involved said the catastrophe may have been caused by climate change.

Scientists have warned for years that thawing of once permanently frozen ground covering more than half of Russia is threatening the stability of buildings and pipelines. Greenpeace said last week’s accident was the largest ever in the Arctic region, and likened it to the Exxon Valdez spill off Alaska in 1989.

The cause of the spill, in which 20,000 tons of diesel leaked from a reservoir owned by MMC Norilsk Nickel PJSC, hasn’t been determined but the company has suggested it could be the result of damage from melting permafrost. The rate of warming in the Arctic is twice as fast as the rest of the world.

“The cause is yet to be determined and is likely a combination of both climate change and infrastructure-related factors,” said Dmitry Streletskiy, a professor at George Washington University.

The fuel spill in Norilsk is polluting land and rivers that drain into a lake linked to the Kara Sea. The lake that links to the Kara Sea has already been affected, Kommersant newspaper reported, citing a spokesman at the Federal Agency for Fishing.